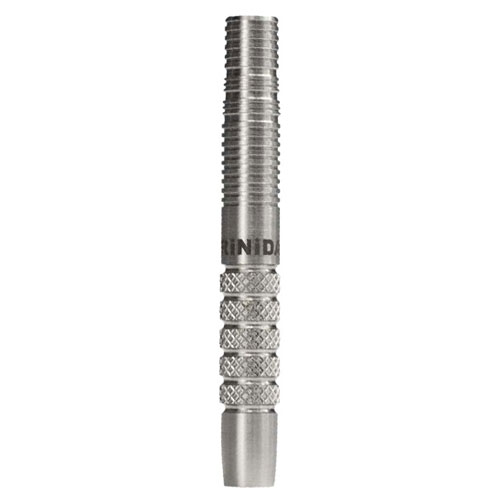 A well thought out specification committed to a balanced design,
a new type of straight barrel with a semi front balance point

Eikichi Nakanishi's first signature model
The steel version boasts the heaviest weight to date as a PRO series model at 25g.
Despite the power that can be generated from the 25g, the design of the barrel was refined numerous times to provide a well balanced dart.
Soft tip barrel is at 22g.
The weight difference between the two version, the intent was to move away from having to throw the two model "the same way" and allow the player to focus on "throwing at the intended target"

The ring cut at the front acts as perfect reference point, a mild knurled design is applied at the front of the barrel to prevent overusing the middle finger during the release.
In order to avoid having to work in a brand new dart and to allow the dart to age like a fine wine, the overall grooves on the dart were designed to have a shallow cut.

With emphasis on a balanced design, this new sensational straight barrel is a must try.