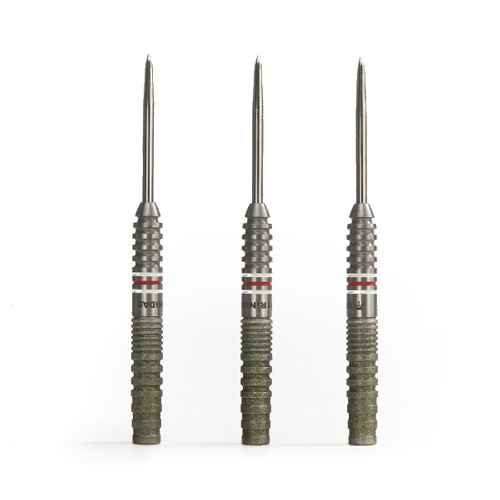 Brushing up with minor tweaks, making no compromises in the evolution.

Despite having the same spec as the previous series, the biggest differences are the changes in the composition of the cuts and grooves at the back of the barrel that is now sandblasted. By sandblasting this section of the dart, it provides a rough feel that will minimize misalignments and assist in the rotation and the release of the darts when thrown.