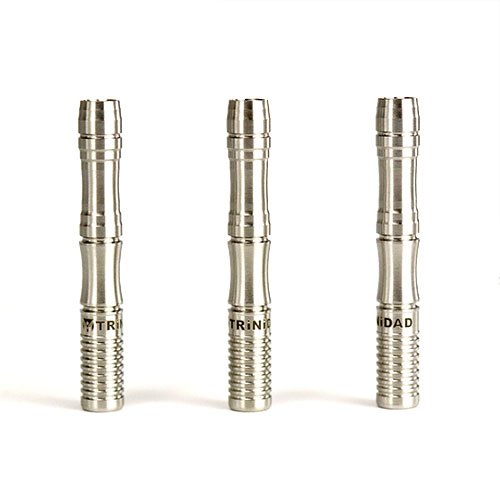 The shape is quite unique for a straight barrel.
One of the key features of the barrel are the indents that are placed at the gripping point of the barrel. These indents without any cuts provides a perfect fit when held.

Despite being a straight barrel, by adding stairlike elevation between indents, power is transferred directly to the darts as the player can throw by pushing the dart out like a torpedo barrel.
The cut on the barrel will not interfere with the release and it will allow for fine adjustment and controllability.

As it allows for ease of throw and fine controllability, the weight is set at 18g that is neither too heavy or light. At the front of the barrel, ring cuts are placed to assist with the grip for the middle finger and with stacking of the darts in mind as it lands on the board.