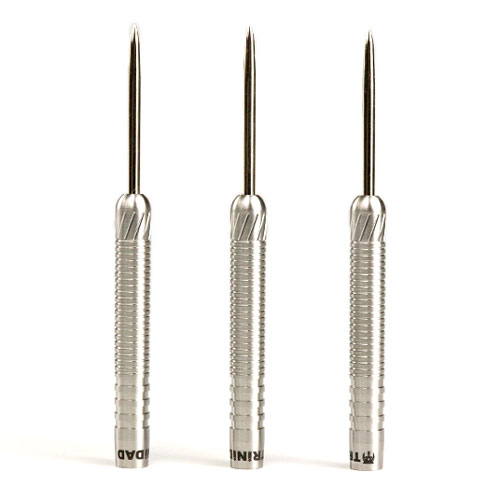 While maintaining the emphasis on balance, further improvements were made with steel tip in mind.
An orthodox semi long straight barrel.

With more emphasis on steel tip, the weight for both the 2BA and steel models has been increased. In addition, the cut at the front has been refined by reducing the edges to make it thinner.

With James' grip, there is a significant surface area where his index finger makes contact with the barrel.
The ring cut at the back will allow for the power to be transferred to the barrel and the cuts at the front of the barrel will assist in stabilizing the grip.

By making the cut near the front to be thinner, this provides for a better release of the dart and increases the ability to make fine adjustments to the throw.

As the main design concept was to be well balanced, one can even grip the front of the barrel just like James Bailey, and still be able to let the dart fly solidly.