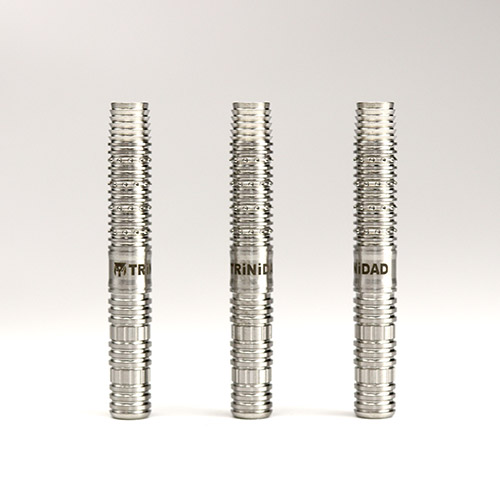 The main cut on the gripping point of barrel consists of delta cuts that sits between the double ring cuts. In addition, dot cuts were added to produce a grippy groove that sits well on one's fingers. Behind the main cut of the barrel, edgy shark cuts are placed to further assist in the transfer of energy onto the straight barrel.

At the front of the barrel, between the three ring cuts, two indents are placed for the middle finger to be placed. This is one of the key features to allow the player to complete the grip.

As for the maximum diameter, this barrel is designed at 6.7mm, which is thicker than the norm. The intention of this size is to allow the player to feel the barrel is securely held when gripped and that the power can be easily transferred to the barrel when throwing.

Pro player Oho is a player that aims and focuses hard on every throw that he takes. In order to allow him to stay focused on just aiming, a straight barrel that can be gripped easily and quickly was produced.