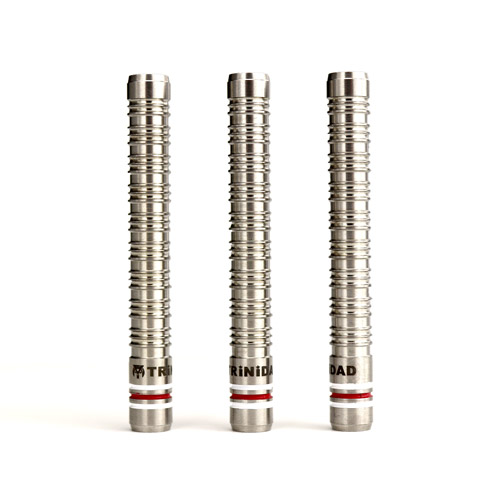 The straight barrel that evolved from the Gomez Type 9.
With steel tip in mind, this classical barrel was designed to the finest detail.

The commemorative 10th edition of Yuki Yamada's barrel is a classical orthodox straight barrel that features triple ring cuts. In this model, the length, weight, cuts were all updated from the Gomez Type 9.

To improve controllability, the weight was reduced by 0.7g down to 22g. The gripping area was changed to allow for a natural grip. The length was also reduced by 2mm.

Yuki Yamada competes in both soft tip as well as the steel tip scene. Hence, to closely emulate the 2BA barrel of soft tip model, the steel tip version's tungsten % was reduced to 80%. This increase the mass of the barrel and reduce the depth of the drilling required near the back of the barrel. By doing this, it allows the steel tip model to have a balance point that is similar to the soft tip version of the Gomez Type 10.

As the 2nd instalment of the straight barrel in the Gomez series. You'll surely be able to experience the evolution of the Gomez.