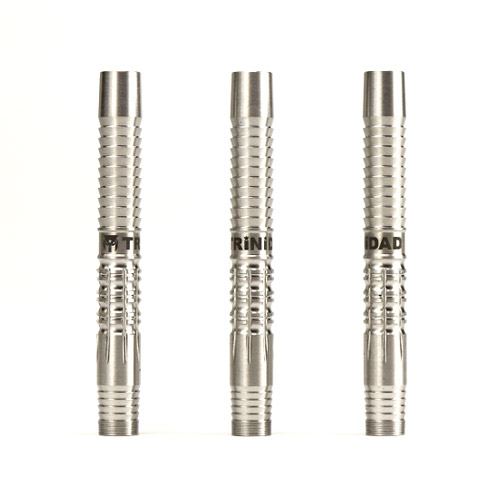 The darts that the PDC player decided on was a thin straight barrel with orthodox shark cuts.

PDC PLAYER THE AFRICAN WARRIOR Devon Petersen.
After trying various complex cuts, the one that he chose in the end were the orthodox shark cuts. The shark cuts are placed where Devon's index finger and thumb makes contact with the barrel. By not making the cuts too wide or narrow, this minimized the aggressive nature of the shark cut to allow for a smooth release of the dart.

It is the birth of a barrel that was designed to compete at the world's highest level.