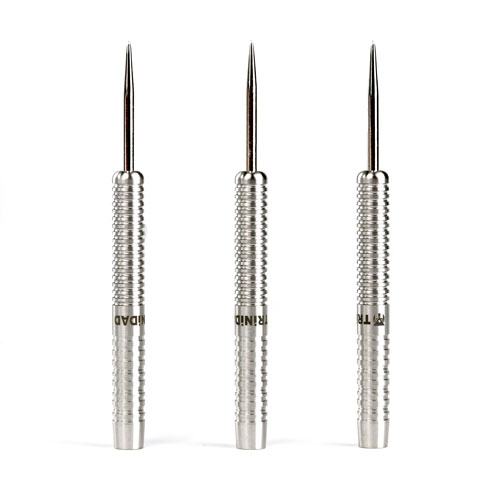 The answer that Yuki Yamada arrived at...
Was the longest and the heaviest front heavy straight barrel in TRiNiDAD history.

When Yuki Yamada became a pro darts player, he always had the vision of steel tip in mind and stated that eventually he will end up with a straight barrel. And, that eventual time is now.

In order to increase the ability to group and stack his darts better, his answer was the Gomez 9, a straight barrel with such length and weight.

Of the main gripping area that makes up the back part of the barrel, the 4 rear ring cuts consists of stairlike grooves that yields a strong grip when held. However, of the 3 ring cuts in front, the cut is more mild.

The intention for the milder cut is to allow for a smooth transition of energy onto the dart and at the same time not be in the way of the index finger when releasing the dart cleanly.

The ring cuts at the front of the barrel appears to be rather simple at first glance, but even here, it includes Yuki Yamada’s specific preference that was influenced by his experience in the U.K.

By alternating regular ring cuts with ring cuts with tapered angle, this allows for increased stacking ability as the darts makes contact with each other.

In addition, the gripping position where the middle finger is placed also assists in stabilizing the grip.

The 22.7g front heavy straight barrel will allow each subsequent dart thrown to force its way onto the board for a tighter grouping.

And thus, this is Yuki Yamada’s answer that he has arrived at. 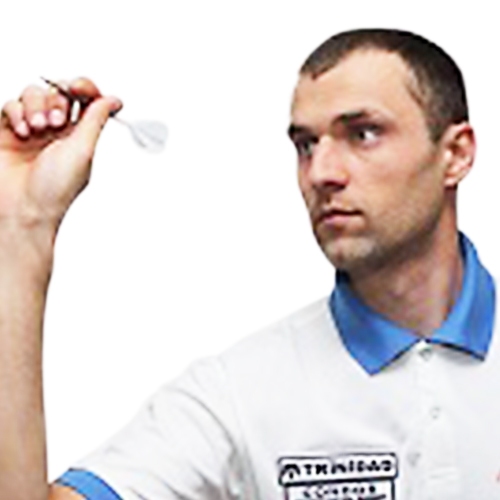